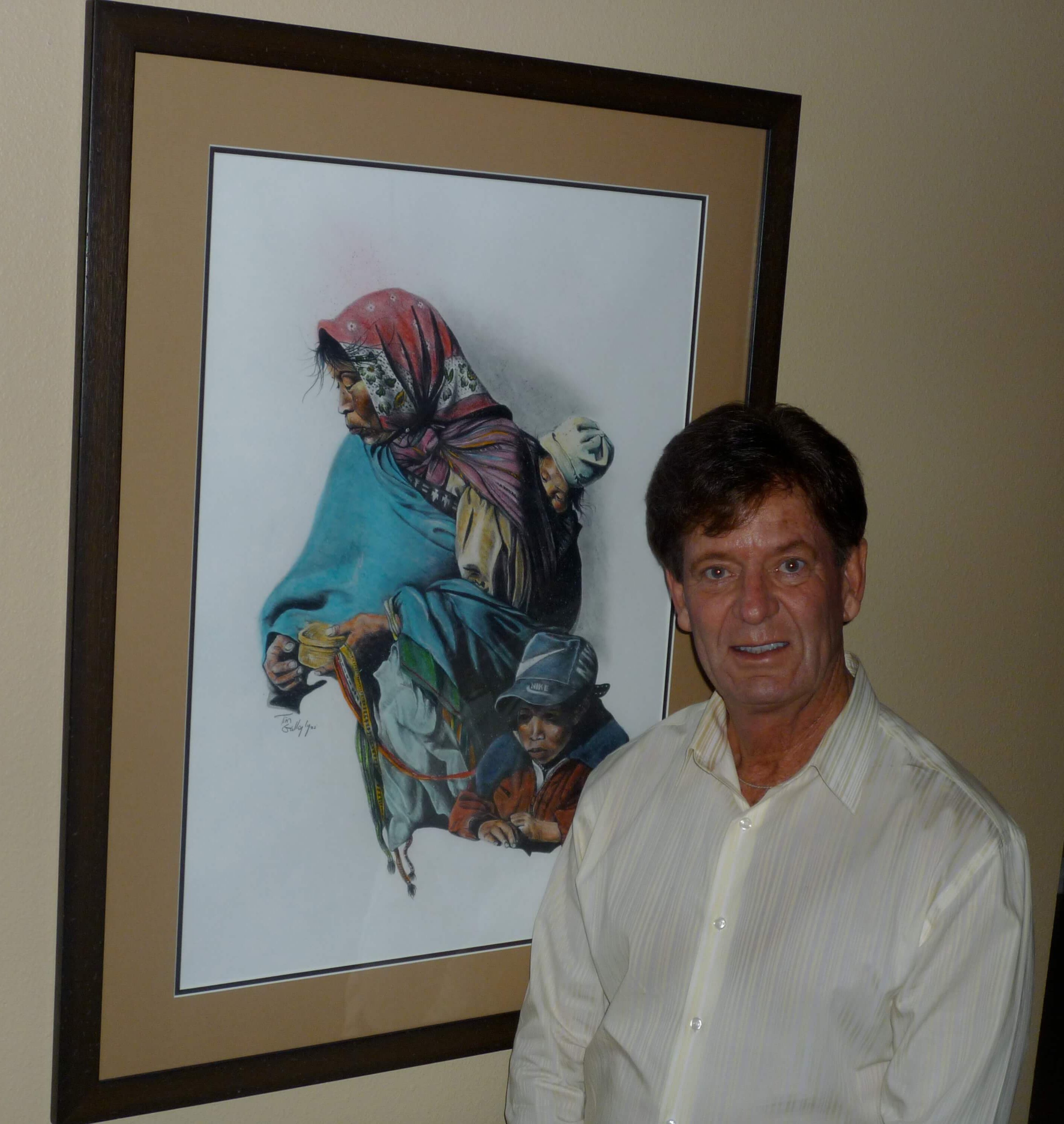 “Faces of the Southwest—Legends Captured in Drawings”

The beautiful faces captured by artist, Tim Gallegly, have been exhibited throughout the Southwest and have adorned many businesses, office buildings, private homes, and hospitals.

Born in Amarillo, Texas, Tim studied at Texas Tech University in Lubbock, Texas, where he received a Bachelor of Fine Arts in 1972. At Texas Tech, he became interested in pencil drawing after studying a variety of techniques, including oil painting, watercolor and silk screen.

After college, Tim moved to Albuquerque, New Mexico, where he worked as a commercial artist and later owned his own advertising agency. In 1985, Tim Gallegly, his wife Patti and 2 daughters moved to El Paso, TX, where Tim ran a printing business for 32 years. In 2017, they retired to Scottsdale, AZ to continue his art career.

While living in New Mexico, Tim developed a strong interest in Southwestern Indians. His artwork, featuring the visages of Indians, is intensely sympathetic and incredibly detailed, using the medium of ebony pencil and pastels. Many of his subjects depict the Tarahumara Indians of the State of Chihuahua in Northern Mexico.